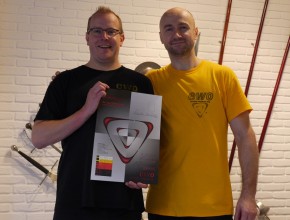 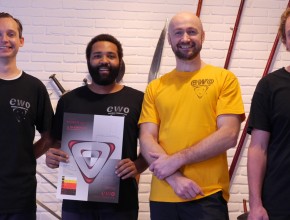 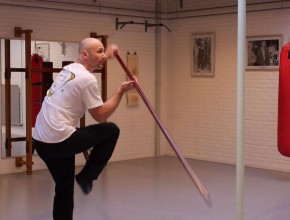 Due to hacking, this website was unfortunately not working properly in November and in December 2015. After some security changes, the site is up and running without problems.

Sifu Edgar Zimmermann joined a mastermind meeting in December, which was organized in Clearwater/ Florida by Grand Master Stephen Oliver. How to improve teaching in Martial Arts was one topic among others.

Sifu Edgar Zimmermann explains and demonstrates some basics of the 6 ½ Point Long Pole (Luk Dim Boon Kwun) of the Wing Chun/ Wing Tsun/ Weng Chun Great Grandmasters Tang Yik and Yip (Ip) Man – Enschede/ NL, 28/8/2015 – published on 15/11/2016.
Similarities between the Long Pole and the European (Historical European Martial Arts) Quarterstaff (short staff/ half staff).
“The Short staffe is the best weapon against all manner of weapons.” — George Silver, Paradoxes of Defence – 1599.
“For a man that rightly understands it, may bid defiance and laugh at any other weapon.” — Zachary Wylde, English Master of Defence – 1711.
People who say that the double knifes are superior to the long pole should think again.
Chi Kwun (sticky pole exercise), like some of the Ip Man lineages practice (Leung Ting and others), is wrong and redundant.